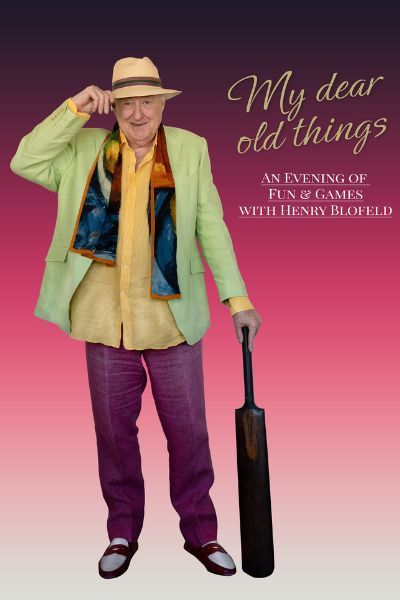 My Dear Old Things - An Evening with Henry Blofeld

Being confined to the pavilion for the past couple of seasons has given Henry time to reconnect with his Norfolk roots and reflect on a truly extraordinary life.  This reflection inspired the online film, At Home With Henry, and this new theatre show.

In My Dear Old Things, Blowers recalls his days as a young England hopeful, how an Eton bus knocked him off his stride - and his bike - recoiling from a career in the City to work as a cricket journalist before finding his way into the TMS box.

There are hilarious tales of Johnners, Arlott and other larger-than-life characters in the box and on tour with England. Henry also has plenty of hysterical stories from his post-retirement appearances on Would I Lie to You? and The Real Marigold Hotel.

Backed by film and rare personal pictures on our big screen, My Dear Old Things is an absolute treat for the cricket connoisseur and a wonderfully engaging evening for all.