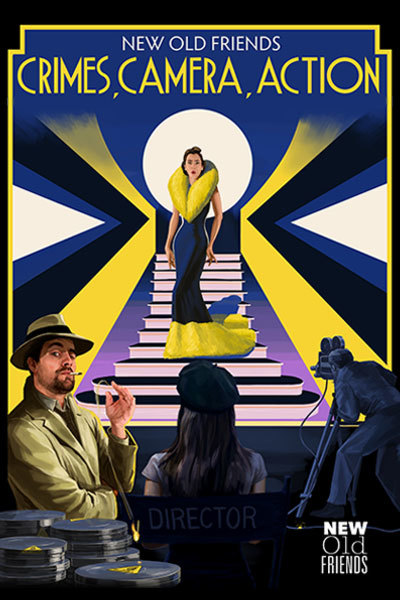 The multi-award-winning New Old Friends are at it again with another instalment in their hugely popular ‘Crimes…’ series of comedy thrillers.

The case? A screen starlet is stabbed as a result of a prop mix-up on set. It sets in motion a typically fast-paced and hilarious chain of events that sees a cast of four exceptional comic actors take on multiple roles, sometimes within the same scene.

“It’s a proper Good Night Out, cannily conceived and impeccably made” – Exeunt Magazine

“Murder most fun” – The Stage