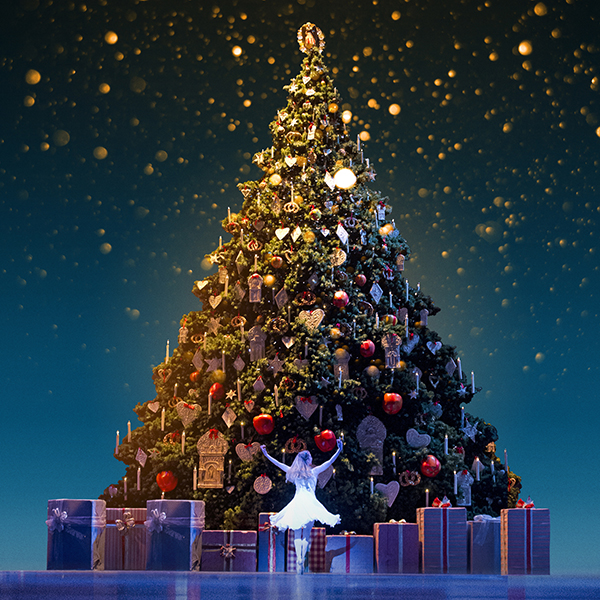 A festive family double-bill of fairytale ballet, as the Royal Ballet return to screens this December!


It wouldn’t be Christmas at the Torch Theatre without The Royal Ballet’s festive favourite The Nutcracker, returning to screens on Sunday 29 December. Join Clara and Hans-Peter (the Nutcracker) as they do battle with the evil Mouse King and follow their magical journey to the Kingdom of Sweets, home of the Sugar Plum Fairy!

Recorded in 2016, the Royal Ballet’s Christmas staple has become an annual Christmas tradition here at the Torch Theatre, transporting audiences to an enchanted winter wonderland year after year, in this beautiful classical ballet danced to Tchaikovsky’s magnificent score performed by the Orchestra of the Royal Opera House.

Featuring a stunning cast including Francesca Hayward as Clara, Federico Bonelli as her Prince,  Alexander Campbell as Hans-Peter (the Nutcracker), and Lauren Cuthbertson as the Sugar Plum Fairy,  The Nutcracker makes for a delicious seasonal treat for all the family!

This isn’t the only Christmas treat from the Royal Ballet’s stage onscreen at the Torch Theatre this Christmas, as Sunday 15 December sees an encore screening of The Royal Ballet’s seasonal classic Coppélia – a charming and funny story of love, mischief and mechanical dolls. Cinema audiences will be treated to a superb cast featuring Principal Marianela Nuñez as the feisty Swanilda, Principal Vadim Muntagirov as her beloved Franz and Principal Character Artist Gary Avis as the magician Dr Coppélius.

*This is an encore screening of a live recording from 2016.