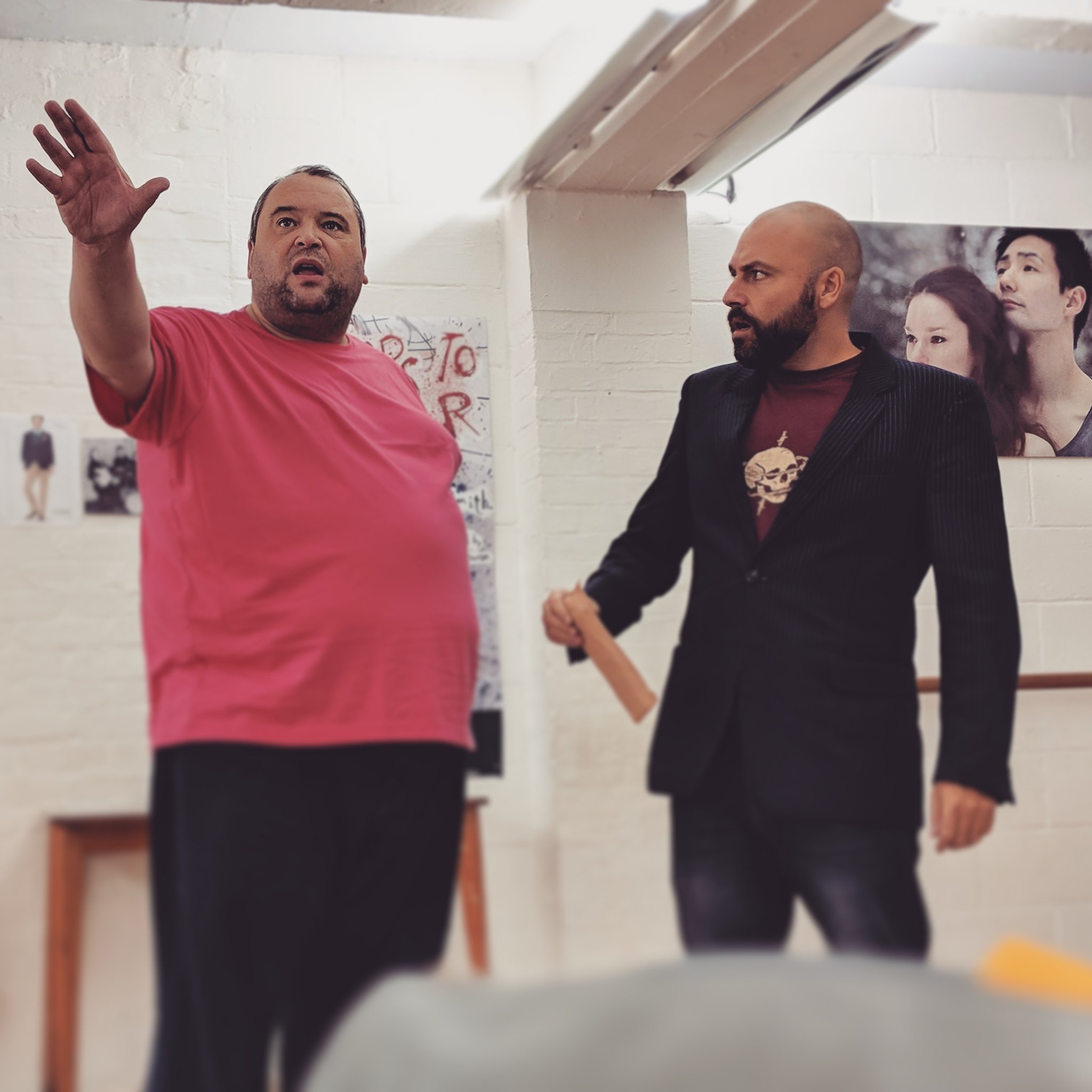 CAST MEMBERS DEEP IN REHEARSALS AS THE TORCH THEATRE PREPARES FOR THE OPENING NIGHT OF ONE MAN, TWO GUVNORS


Rehearsals are well underway for the forthcoming Torch Theatre production of One Man, Two Guvnors ahead of opening night. The cast have been rehearsing together since meeting for the first time on Monday 10 September in the theatre’s Junction space. Under the creative eye and direction of the Torch Theatre’s Artistic Director, Peter Doran (who is also making a cameo appearance in the show), the cast members have been put through their paces as the smash hit West End and Broadway production is brought to life in the heart of Milford Haven.

The curtain for One Man, Two Guvnors will go up on Wednesday 3 October and Peter believes this production will be the must see hit of the Autumn with theatre audiences: “To put it quite simply, it is right up there with some of the great farces of all time – hysterically funny, fantastically clever and a few surprises along the way. Great fun!”

The Torch Theatre’s production of One Man, Two Guvnors stars local actor Christian Patterson as Francis Henshall, an out of work skiffle player who becomes separately employed by two guvnors; gangster Roscoe Crabbe and upper class criminal Stanley Stubbers. To earn an extra meal ticket and to avoid being discovered, Henshall must keep these notorious guvnors apart with hilarious consequences. Christian, fresh from starring in the West End production of The Way of the World is looking forward to playing the role of the permanently ravenous Francis Henshall: “A superb part for a big man at long last! You don’t normally expect to see a big man like me in a fast and furious farce so this is a great opportunity and one that those skinny little actors can’t get there hands on! Hard work of course but the rewards are tremendous; and what a joy to be back at the Torch, what a little gem of a theatre this is!”

Joining Christian on stage will be Nicky Reynolds who plays the role of Dolly, the sectary of retried gangster, Charlie Clench. Nicky, from Pontypridd, is a familiar face on both stage and screen and many will know her as the long suffering girlfriend to Jonny Vegas in the BBC hit comedy Ideal. Nicky on One Man, Two Guvnors further added: “I worked with Peter Doran at Drama school and he’s asked me to work at the Torch on several occasions, but I’ve never been available so it’s fantastic to be part of the Torch Theatre Company at long last. It’s a great cast, absolutely perfect for this play. If the performances are half as funny as the rehearsals, we’re all in for a good time, both cast and audience alike. Such a clever piece of theatre, we all feel blessed to be in it!”

With a hilarious mix of songs, slapstick and one-liners, One Man, Two Guvnors is British comedy at its very best. The most successful theatre comedy of the past fifty years, One Man, Two Guvnors has been seen by over 1 million people worldwide and ran in London’s West End from 2011 for three years, earning five star reviews from every London newspaper. The production ran in Broadway from 2012 before commencing on a national tour of the UK in 2014. Notable names who have previously performed in One Man, Two Guvnors include James Corden, Rufus Hound, Jodie Prenger and Shaun Williamson.

One Man, Two Guvnors opens at the Torch Theatre, Milford Haven, on Wednesday 3 October and runs until Saturday 20 October with a variety of evening and matinee performances. Tickets can be booked from the Torch Theatre’s Box Office on 01646 695267 or online at www.torchtheatre.co.uk