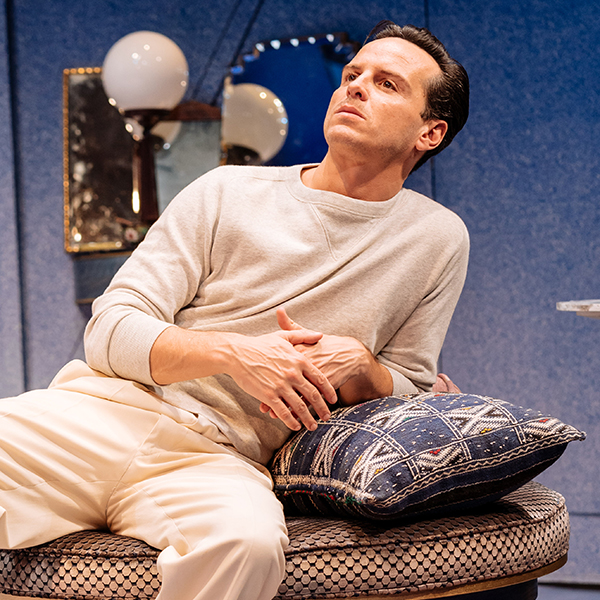 As he prepares to embark on an overseas tour, star actor Garry Essendine’s colourful life is in danger of spiralling out of control. Engulfed by an escalating identity crisis as his many and various relationships compete for his attention, Garry’s few remaining days at home are a chaotic whirlwind of love, sex, panic and soul-searching.

Present Laughter is a giddy and surprisingly modern reflection on fame, desire and loneliness. Although Coward’s play was written in 1939, there are lots of elements of the great British sitcom in Present Laughter from to Fawlty Towers to Fleabag.

Don’t miss the critically acclaimed production of Noël Coward’s Present Laughter starring Andrew Scott, screening at the Torch Theatre on Tuesday 3 December, 7:30pm. Tickets on sale from torchtheatre.co.uk or by calling the Box Office on 01646 695267