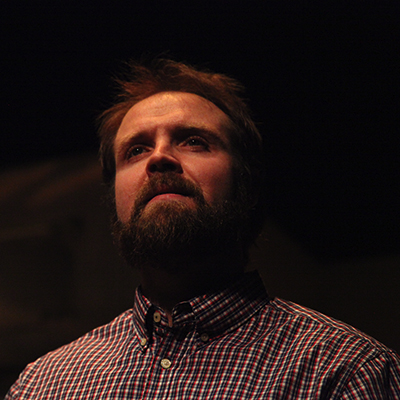 
The Torch Theatre Company in Milford Haven is delighted to announce that Grav, its award-winning one man show about rugby legend and cultural icon Ray Gravell will be performing at an Off Off Broadway Theatre in New York in March 2018.

The scheduled dates of performances are Friday 16 March 7.30pm and Saturday 17 March  2.00pm & 7.30pm at the Actors Theatre Workshop in Manhattan, New York.

Grav received outstanding reviews; touring throughout Wales and performed at the Edinburgh Fringe Festival in 2015. The play has been nominated for Best Actor, Best Writer, Best Director and won the Audience Award for Best Play in 2015.

Written by Owen Thomas, Grav the play has been written with the blessing of Mari, Ray’s widow, and contributions from his Welsh and British Lions team mates. Directed by the Torch Theatre’s Artistic Director Peter Doran and performed by Gareth John Bale, the show explores the life of a man who was as compelling away from the rugby field as he was on it.

There are strong Welsh links within New York city and the Torch will be working in conjunction with the welsh restaurant Sunken Hundred, based in Brooklyn, where excerpts of the play will be recited in 'An Evening of Welsh Rugby' on Wednesday 14 March 7.00pm two days prior to the performance. Coincidentally, the owners of the Sunken Hundred restaurant, brothers Dominic and Illtyd Barrett are also from Milford Haven where the Torch Theatre is based.

Artistic Director Peter Doran says ”It would be fantastic to raise the profile of Wales in New York and that of the Torch Theatre Company. After our recent production of ‘One Flew Over the Cuckoo’s Nest’ we hope that people appreciate we’re able to produce the same calibre of shows to be matched anywhere in the world”.

If you want to catch Grav before it heads stateside, there will be a mini-tour prior of the Torch Theatre’s award-winning production of the life of welsh rugby legend Ray Gravell consisting of the following dates:

Whether you’re a rugby fan or not, only the hardest of hearts would fail to enjoy this production.