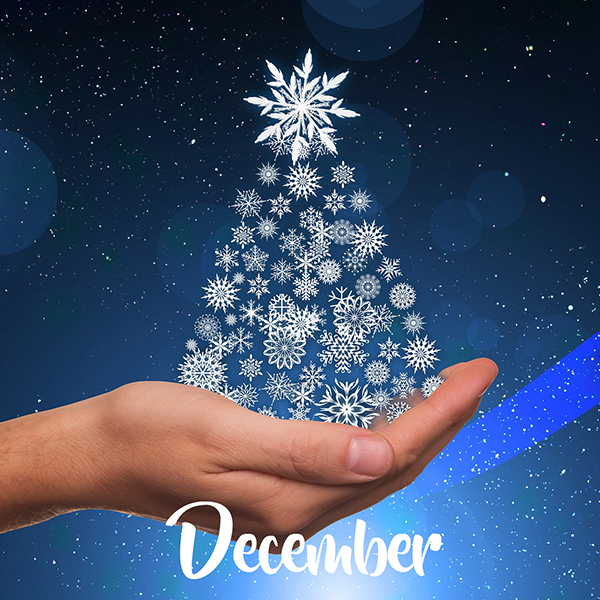 IT’S THE MOST WONDERFUL TIME OF THE YEAR AT THE TORCH THEATRE!


With the nights truly drawing in and Jack Frost nipping away, there’s no better time to be keeping out the cold and making the most of the entertainment on offer at the Torch Theatre this December.

There’s a host of new films hitting our screens throughout December, offering something for everyone! Family-friendly children’s entertainment in the form of ‘The Grinch’ (U, Fri 30 Nov – Tue 1 Jan 2019) voiced by Benedict Cumberbatch (Sherlock), the return of Wreck-It Ralph in ‘Ralph Breaks The Internet’ (U, Fri 14 – Thu 20 Dec), ‘Mary Poppins Returns’ opens Fri 21 Dec, which sees the enigmatic nanny from the much loved 1964 Disney film return into the lives of the Banks children, now grown up with children of their own. Cast includes Emily Blunt (Devil Wears Prada), Ben Whishaw (Paddington), Emily Mortimer (30 Rock) and Meryl Streep (Mamma Mia).

Another great feel-good festive film for the whole family is ‘Nativity Rocks!’ (U, showing from Thu 13 Dec). The fourth instalment in the Nativity! series features a great cast including Celia Imrie (Dinnerladies), Ruth Jones (Gavin & Stacey) and Strictly’s Craig Revel-Horwood.

For fantasy fans, Simon Pegg and Nick Frost (Hot Fuzz, Shaun Of The Dead) cause mayhem in ‘Slaughterhouse Rulez’ (15, showing from Wed 5 Dec); Kingsman’s Taron Egerton (12A, Thu 20 Dec) stars in the title role of ‘Robin Hood’, a dark prequel to the folklore legend; Claire Foy (The Crown) steps into the shoes of computer hacker Lisbeth Salander in Scandi-thriller ‘The Girl In The Spider’s Web’ (15, showing from Tue 18 Dec); and Johnny Depp and Eddie Redmayne lead an all-star cast in ‘The Crimes of Grunelwald,’ the second instalment in JK Rowling’s ‘Fantastic Beasts’ series is showing from Fri 7 to Sun 16 Dec.

Our always-popular live broadcast programme sees Rogers & Hammerstein’s classic musical ‘The King & I’ screened from the London Palladium on 11 December, the Met Opera’s dazzling new production of Verdi’s opera ‘La Traviata’ broadcast live on Sat 15 December and the festive entertainments continue into the New Year with another chance to enjoy The Royal Ballet’s evergreen ballet ‘The Nutcracker’ on Thu 3 Jan, and on Sat 5 & Sun 6 Jan we present ‘Andre Rieu 2019 New Year's Concert From Sydney’ on the big screen!

The Torch Theatre’s Christmas show is an annual highlight in Pembrokeshire’s festive calendar, and one of our busiest times of the year, and this year promises to be no exception with the Torch Theatre Company’s production of the classic fairy tale ‘Pinocchio’, which opens to general audiences on Thursday 20 December. You can expect a magical mixture of great storytelling, eye-popping sets and costumes, original songs, winning performances… and some audience participation!

Don’t forget that Café Torch is open from Monday to Saturday from 10.00am serving coffee and cakes; lunch is served from 12.00pm until 2.30pm. On Sundays, Cafè Torch is open an hour before the start of the performance until the start of the last film event of the day, serving a lighter menu. You can find our delicious December menu online: Booking is essential so please contact manager Lisa Canton on 01646 696086 or mobile 07792 160978 or email cafe@torchtheatre.co.uk

For more information on dates and times you can visit our website, access our brochures on site or digitally via https://torchtheatre.co.uk/our-brochures/  or simply contact our friendly Box Office staff on 01646 695267 during opening times.