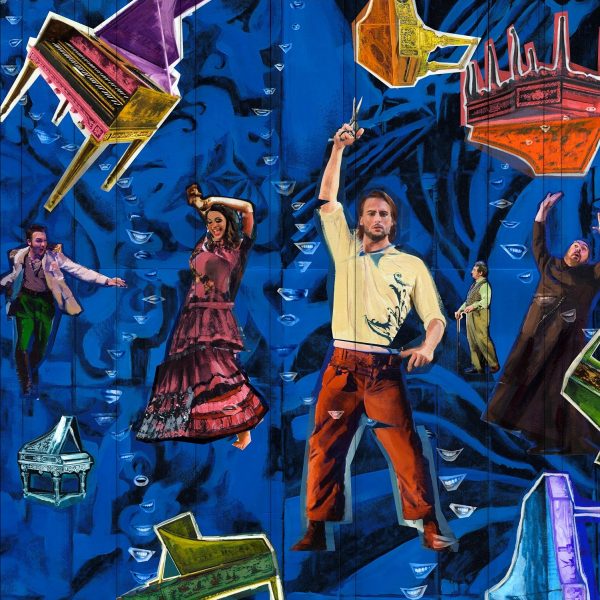 
Opera’s greatest comedy makes a welcome return to the Glyndebourne Festival in Annabel Arden’s stylish, surreal production of The Barber of Seville (Recorded 2016) receiving an encore broadcast next Sunday (21 July).

Rossini’s most popular comedy, The Barber of Seville (Il barbiere di Siviglia) is the glittering jewel in Rossini’s musical crown, one of the great comic operas of all time. According to Verdi it was the greatest of them all. Originally recorded in 2016, this “triumphant celebration of Rossini's musical genius” (The Independent) is also another chance to catch Danielle de Niese who plays the determined Rosina, acclaimed by Financial Times as “a Rosina of irrepressible energy and sparkly”.

Mischief and mayhem abound as the quick-thinking and even quicker-singing barber Figaro, whose ‘Largo al factotum’ has become one of the best-loved arias in the repertoire, runs riot. His playful energy is brought to life by Bjorn Burger.

Veteran soprano Janis Kelly returns to the role she made her own in the opera’s original Glyndebourne run, where she brought the house down each night with her Act II aria ‘Il vechiotto cerca moglie’. Lamenting the madness of the household in which she works, Berta knows exactly where to put the blame: love. In Arden’s hands, this jaunty little aria becomes a Broadway-style dance routine. Berta struts her stuff in a flamenco-inspired number, pressing one of the workmen into reluctant service as her partner. It’s a performance the Telegraph dubbed ‘outrageous’ and ‘scene-stealing’ – a masterclass in charisma and comic timing.

Expect the unexpected in Director Annabel Arden’s bold, colourful, fourth-wall breaking production of a classic comedy, where nothing is ever quite as it seems. Harpsichords take flight, cassocks catch fire, mysterious, masked figures drift through your dreams, and surely that soldier looks familiar…

With everything from intimate love-music and bravura arias to crowded comic finales, Il barbiere di Siviglia is a blissful evening of musical comedy – as uproarious as it is sophisticated.

For more information or to buy tickets visit https://torchtheatre.co.uk/glyndebourne-the-barber-of-seville-recorded-2016/ or call 01646 695267