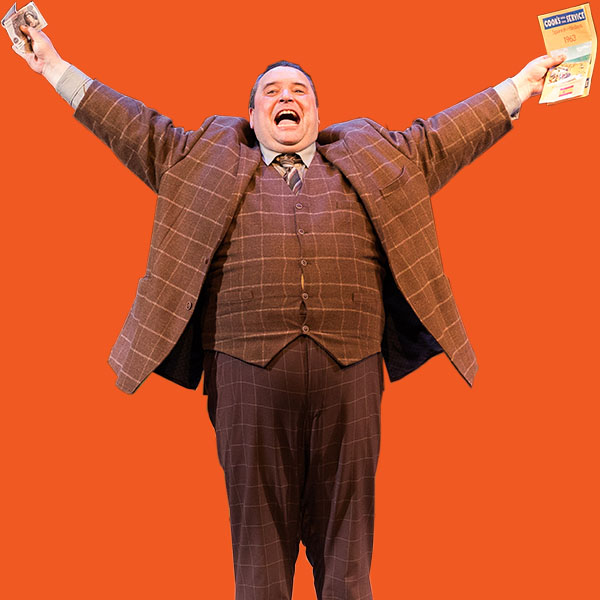 
Back by the popular demand, The West End and Broadway smash hit One Man, Two Guvnors returns to the stage this Autumn at the Torch Theatre, Milford Haven, to complete some ‘unfinished business’. Richard Bean’s fast-paced, hilarious farce follows the mixed fortunes of Francis Henshall played by the returning Christian Patterson. Down on his luck and permanently hungry, Francis suddenly finds himself employed by two bosses.

The production originally took to the stage in October 2018 at the Torch Theatre, receiving reviews to critical acclaim by both audience members and the press alike for its slapstick comedy and brilliant one-liners. Unfortunately the run at the time was cut short due to an injury to Christian but he is delighted to taking on the role again of the hapless Francis Henshall:

“I played ’Francis Henshall’ in Peter Doran’s production of One Man, Two Guvnors... Unfortunately the run of the play was cut short as I torn the retinas in both of my eyes! It hurt me very deeply not to be able to continue and left me with a sense of unfinished business so when Peter Doran suggested reviving the production later this year I said yes straight away.”

In this year’s production of the Brighton-based comedy Christian will be joined by a mix of new and familiar faces. The Torch Theatre is delighted to welcome back James Mack as public school hoodlum Stanley Stubbers, Charles Angiama as smooth ex-con Lloyd Boateng, the Torch Theatre’s very own Dion Davies swapping frocks for tuxes as the Latin-quoting lawyer Harry Dangle. Peter Doran, The Torch Theatre’s Artistic Director, will also be reprising his scene-stealing cameo role as decrepit waiter Alfie. Peter will also be directing the show and is looking forward to treading the boards again:

Peter commented: “Last year was such great fun so it was such a shame to have the run cut short through injury, the show was flying at the time and selling out so it seemed obvious to me that we needed to do it again. I can’t wait to get stuck in. And of course, I do have a little cameo role, so I’m looking forward to stretching those acting muscles once again!”

Taking on the role of frustrated thespian Alan Dangle will be George Naylor, whose recent stage credits include Wendy & Peter Pan (Royal Lyceum Theatre) and Much Ado About Nothing (Heartbreak Productions); with Miriam O’Brien marking her fifth appearance in a Torch Theatre Company production as Alan’s dippy girlfriend Pauline. Regular visitors to the Torch may recognise Miriam from her previous appearances in The Woman In Black, Dick Whittington, Sleeping Beauty and One Flew Over The Cuckoo’s Nest.

As Charlie ‘The Duck’, the Torch Theatre Company is delighted to welcome back Marcus Knibbs, who has previously worked with Peter Doran in the Torch Theatre productions Gotcha, Taking Steps, Aladdin, The Hired Man and An Inspector Calls.

Making their Torch Theatre debut in One Man, Two Guvnors are Sarah Annis as Dolly and Emma Mulkern as Rachel Crabbe. Sarah’s theatre credits include Once in a Lifetime (National Theatre), Great Britain and The Sea (Theatre Royal Haymarket) and Company (Derby Playhouse). Emma has just completed a run in Jeff Wayne’s The War Of The Worlds: The Immersive Experience and will also be playing the title role in the Torch Theatre Company’s 2019 pantomime, Aladdin.

With a hilarious mix of comedy, farce and live music, One Man, Two Guvnors runs at the Torch Theatre from Thursday 31 October to Saturday 16 November at various times including a BSL interpreted performance on Thursday 7 November. Tickets cost £18.50, £16.50 concessions and £8.50 for under 26’s. Tickets can be purchased from the Torch Theatre Box Office on 01646 695267 or https://torchtheatre.co.uk/one-man-two-guvnors/ 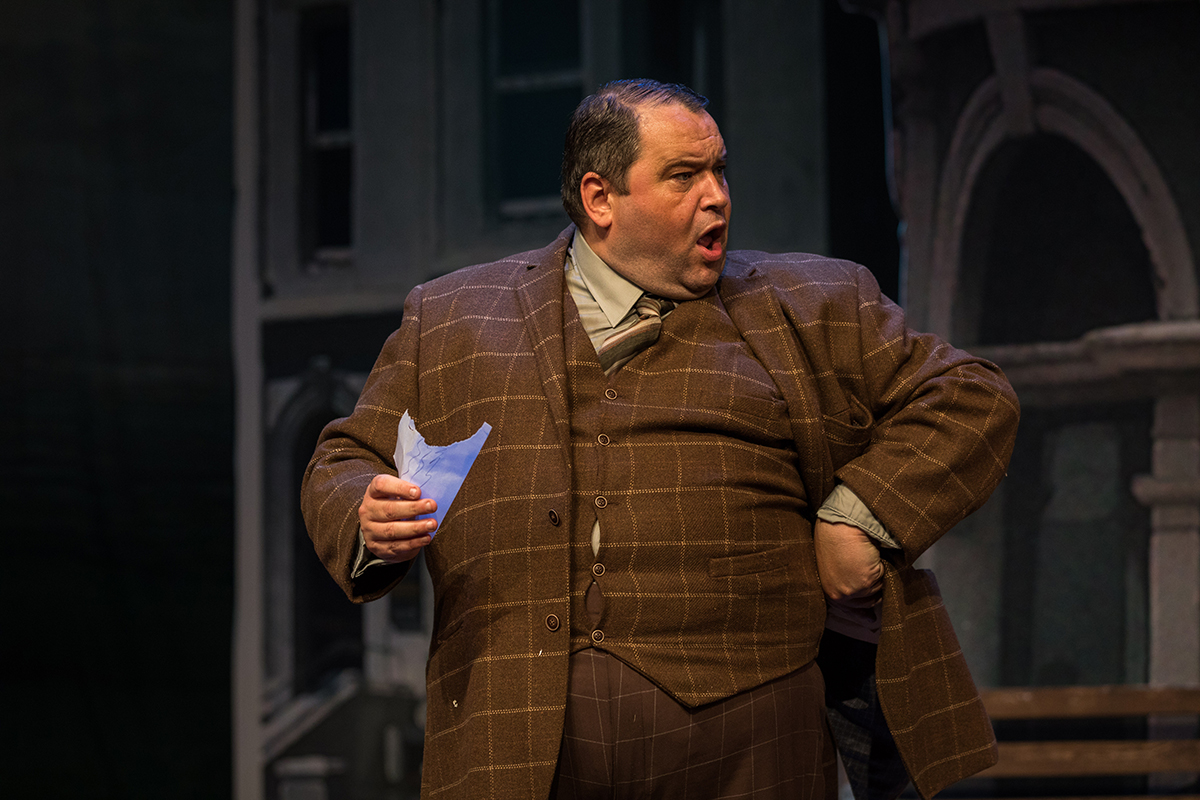