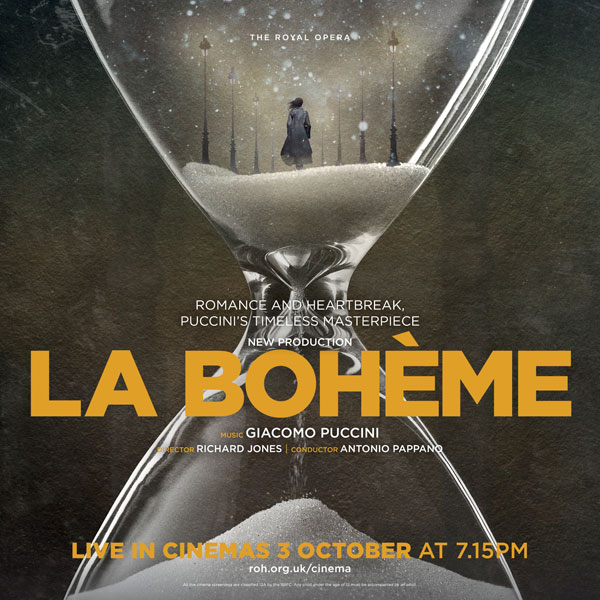 On Tuesday 3 October 2017, at 7.15pm, The Royal Opera’s new production of La bohème directed by Richard Jones will be screened live to cinemas around the world. One of the most popular operas in the repertory, Puccini’s romantic portrayal of bohemian Paris has captivated generations of opera lovers and newcomers with wonderful music and a love story drawn from everyday life.

It was first performed in Covent Garden in 1897 and has had more than five hundred performances there since.

It is love at first sight when Rodolfo and Mimì meet, and what ensues is a passionate, timeless, and moving story. Centring on a group of young artists, La bohème follows their struggles to find money for items such as food and rent, heartened by their friendships and romantic ideals.

They live contentedly in their small apartment, but their idyllic lifestyle is threatened when Rodolfo learns that Mimì is gravely ill.

Royal Opera Music Director Antonio Pappano conducts a superb young cast including Australian soprano Nicole Car as Mimì and American tenor Michael Fabiano as Rodolfo in this new production that returns to the essence of Puccini’s original opera. It captures the liveliness of a bustling 19th century Paris as well as providing some beautifully poignant moments throughout.