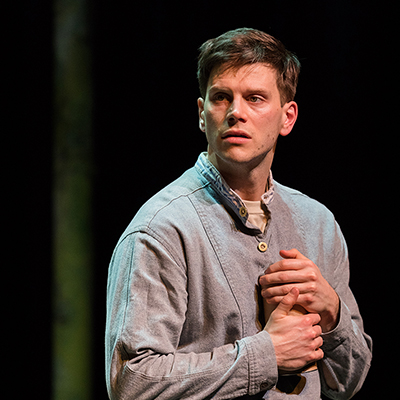 THE TORCH THEATRE COMPANY TAKES ‘THE WOOD’ TO CARDIFF


Torch Theatre’s ‘The Wood’ will be seen in Cardiff following the cancellation of last week’s scheduled performance at RWCMD due to the adverse weather conditions.

The Wood will be performed at Sherman Theatre, Cardiff, on Monday 12 March. Anyone who booked tickets for the original performance will be contacted and given priority booking until 2pm tomorrow (Wednesday). After that point tickets will go on general sale.

Based on an idea by BAFTA Cymru award-winning actor Ifan Huw Dafydd, The Wood has been developed by Owen and Peter as a two-hander, performed by Ifan Huw Dafydd alongside Pembrokeshire’s own Gwydion Rhys. Ifan Huw Dafydd has had an extensive career on stage and television, and in 2009 won the BAFTA Cymru ‘Best Actor’ award.  He can currently be seen in BBC One’s ‘Requiem’. Gwydion has featured as a regular on various S4C and BBC Dramas including ‘Hinterland’ and ‘Craith/Hidden’. For both actors this is their first collaboration with the Torch Theatre Company.

The production can be seen on a tour of Wales throughout March 2018.