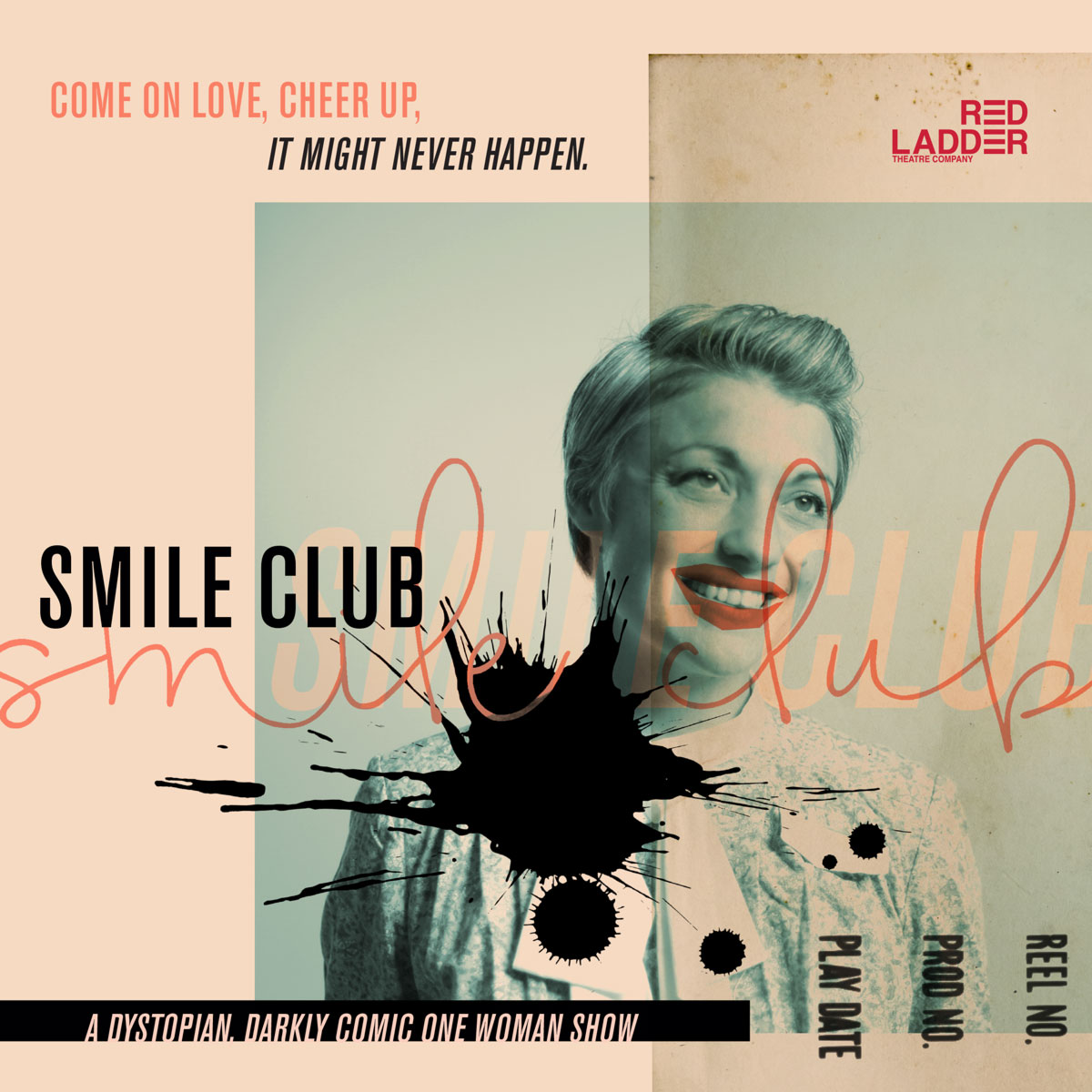 TURN THAT FROWN UPSIDE DOWN – OR ELSE – AS ‘SMILE CLUB’ COMES TO TOWN!

Taking place in a very plausible near-future when women become a little 'too outspoken for their own good', and have to be reconditioned in an institutional facility, Smile Club follows the unruly, unapologetic, and defiant Lisa, a Smile Club attendee. Hear about her descent into dejection, rage, and bloody violence, before her remarkable transformation into the smiley, well-adjusted human you see before you today.

Andrea says “The play is inspired by movements such as MeToo and Everyday Sexism, as a way of voicing anger about the way women are treated, but it’s darkly funny and thrilling. We can’t wait for you to join the club.”

Smile Club is produced by Red Ladder Theatre Company, who have been bringing radical new work to the stage for over 50 years. Artistic director of Red Ladder, Rod Dixon adds, “It's a satire about the oppression of everyday sexism, but it's also funny and speaks very well to the times we live in.”

Recommended for fans of prophetic dystopian classics such as 1984, Brave New World, A Clockwork Orange, The Handmaid’s Tale, and Terry Gilliam’s Brazil, anthology series like Black Mirror and Inside Number 9, and anyone who enjoys contemporary drama with relevant themes and laced with dark humour.

Join Lisa as she presents the perks and rewards of being a Smile Club Member when Smile Club opens on Thursday 2 April, 7:30pm. Tickets cost £10.50 and £9.50 for concessions. The show is suitable due to those aged 12 and above. For more information call the theatre’s Box Office on 01646 695267 or online at torchtheatre.co.uk.