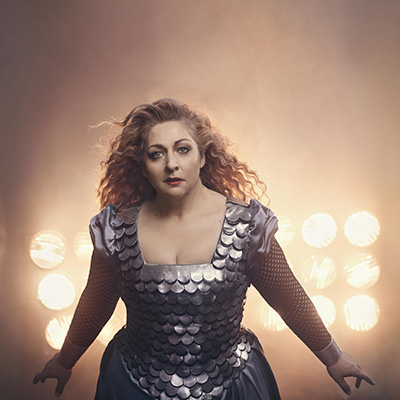 
Featuring some of the most glorious music ever written—including, of course, the Ride of the Valkyries—Die Walküre is the second of the four operas that comprise Wagner’s Ring cycle, a story of monsters, gods, and humans on a superhuman scale.

In what is expected to be a Wagnerian event for the ages, soprano Christine Goerke plays Brünnhilde, Wotan’s willful warrior daughter, who loses her immortality in opera’s most famous act of filial defiance.

When twins Siegmund and Sieglinde find each other at last, Siegmund promises to release Sieglinde from her forced marriage by killing her husband, Hunding. The god Wotan instructs Valkyrie warrior Brünnhilde to defend Hunding. But, moved by the twins’ mutual devotion, Brünnhilde refuses to obey, forging an alliance with Sieglinde that has far-reaching consequences for them both.

MET Opera: Die Walküre - Wagner will be broadcast live to the Torch Theatre on Saturday 30 March commencing at 4:00pm.

For more details and to book tickets visit https://torchtheatre.co.uk/met-opera-die-walkuere-wagner/ or call Box Office 01646 695267.

PLEASE NOTE: This production will be broadcast at 4:00PM on Saturday 30 March, in a change to the  previously advertised time of 5:00PM.