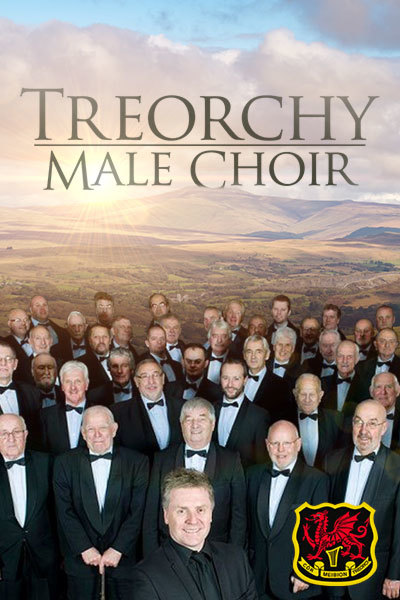 An evening of musical entertainment to suit all tastes including traditional Male voice choir favourites plus some new arrangements.

The internationally celebrated Treorchy Male Choir has enchanted audiences around the world for more than 130 years.

From their Royal Command Performance for Queen Victoria to their appearance at the Royal Variety Show more than a century later, the Choir continues to entertain to celebrated packed houses.

The most recorded male voice choir in history with more than ninety albums to their name, Treorchy enjoys an unbeaten competition record and has performed with the likes of Sir Tom Jones, Ella Fitzgerald, Dame Julie Andrews, Burt Bacharach and Dame Shirley Bassey.